Menu
Browse: Home » Power Trippin’ Down Memory Lane: A Look Back at the First Issue of Nintendo Power, Part 1

Power Trippin’ Down Memory Lane: A Look Back at the First Issue of Nintendo Power, Part 1 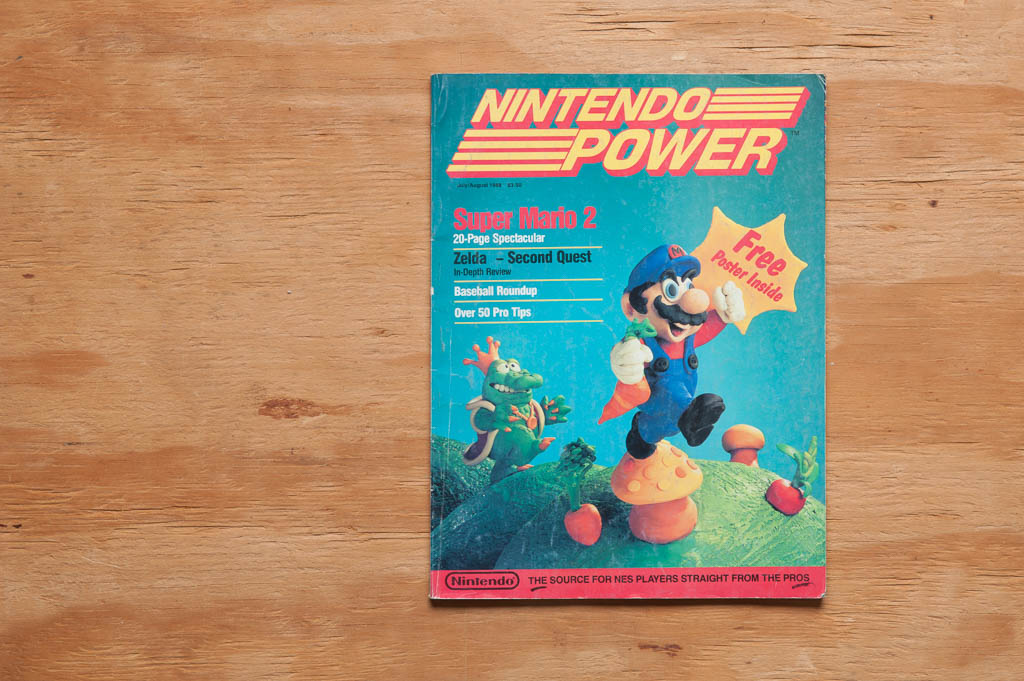 By the time my first Nintendo Power arrived in our mail box that summer in ’88, I was already nuts about Nintendo. The Nintendo Fun Club primed me to a degree—I was a card-carrying member, I’m proud to say—but even it couldn’t have prepared me for what I was about to hold in my sweaty little hands.

But let me back up just a bit.

My life is comprised of a series of obsessions. Some back-to-back, some overlapping, some calming down from “obsession” to “healthy interaction”, and some fading entirely, but anything I’ve ever been interested in more or less started out as “oh my gosh I’ve discovered this new amazing thing I must learn everything I can about this new amazing thing and conquer it completely omgggggggg”.

In sort-of order, here’s my life in one paragraph:

You can probably see a pattern here. Video games, above all things I obsessed over, was the obsession. Only very recently, I’d say in the past 8-10 of my as-of-now 36 years, have I not obsessed over video games like I had throughout most of my life. Make no mistake—they’re still very much a part of my life. They’ve just cooled down to the aforementioned status of “healthy interaction”. Maybe a tick above that depending on the day I’m having (“mildly consuming but still perfectly under control srsly”).

So what is it about them that’s kept them in my life for so long? I’d always liked stories. I’d always liked “pretend” (except for a very brief stint in my teenage years when pretend was dumb, only little kids did that). But nothing immersed you in their stories and their worlds like video games did, at least not for me, a young’un of nine years old, such as I was when the first issue of NP was released. A video game was a movie, a story book, and an action figure you took control of, which when combined, formed a kind of mental crack juice that I just couldn’t get enough of. Beating my latest game was the best feeling in the world. And the only way to get that feeling again was to get—and beat—another game.

And I quickly discovered the next best thing to playing games was reading about them. When that first issue of Nintendo Power came in the mail, I tore into it with abandon (figuratively, of course—I handled that thing like it was the Bible).

I’ll be coming at this from a perspective of nostalgia, so don’t expect a review here. This is all about what Nintendo Power, Nintendo, and gaming in general meant to me then, and how I see them now.

Go ahead and download this pdf of the first issue of Nintendo Power [via Eoin Stanley] so you can follow along. Now that we’ve gotten a little personal history out of the way, in part two of this trip down memory lane (with a new part out every Monday until it’s finished), we’ll dive right into the magazine itself.