Holy Crap Check Out These RockCards

I found these little gems in a dark corner of my old room at my parents’ place that apparently lay undisturbed since 1991. 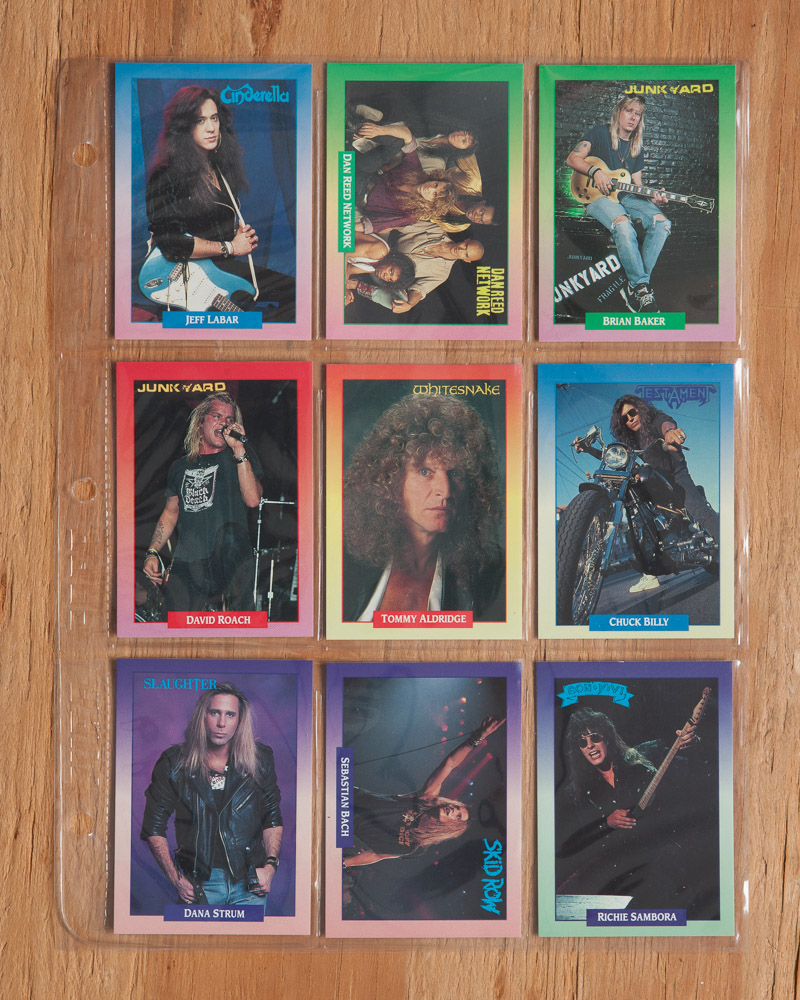 Back in the early- to mid-nineties I was big into trading cards, albeit mostly fantasy stuff (think Boris Vallejo and Julie Bell). I was also a metalhead, so I guess it makes sense that I’d buy something like this?

Were these actually collectible? Were there guys (or girls) getting together to trade these things? “Johnny, I’ll trade you a Boston for an Air Supply!” “Okay, Lisa!” (Which is a horrible trade, by the way—don’t ever do that!) I know all the bands repped here except for Dan Reed Network and Junkyard, and I don’t care to look them up. Whitesnake though… yeah, they were totally my jam back in the day. That’s probably why Tommy Aldridge is in the middle of the page. 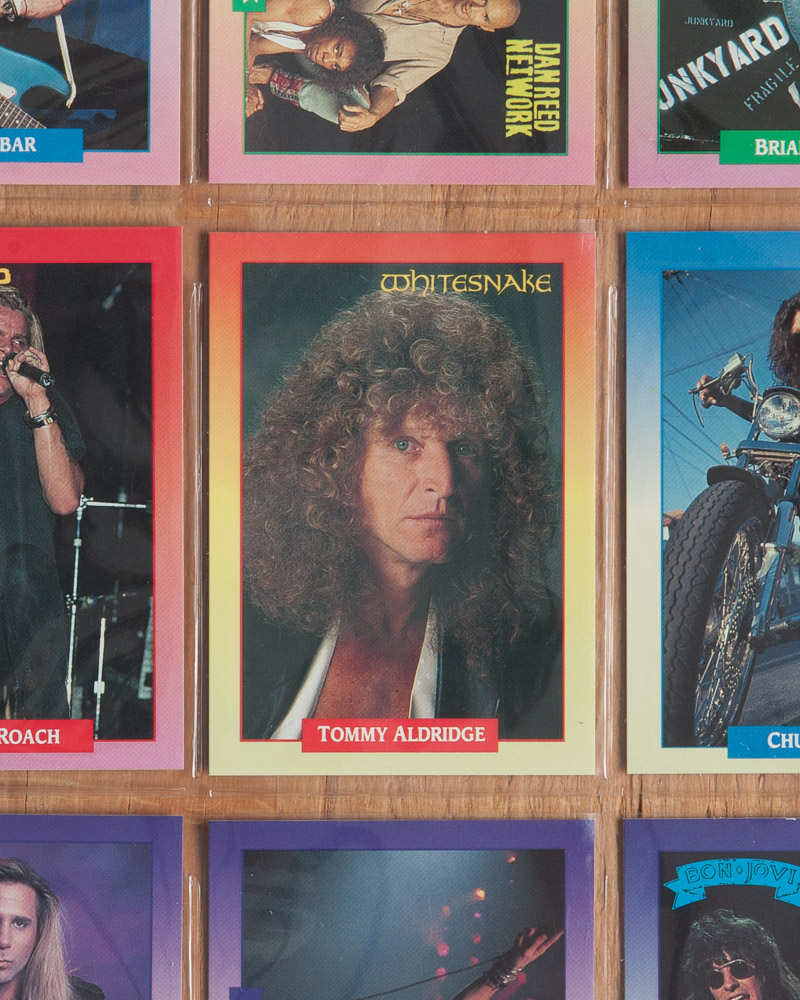 Remember Whitesnake’s self-titled album in ’87? It was frickin’ awesome! And by the way, thanks for jumpstarting puberty for me, Tawny Kitaen.

Anyway, RockCards. I love the list of stats on the backs of these things. 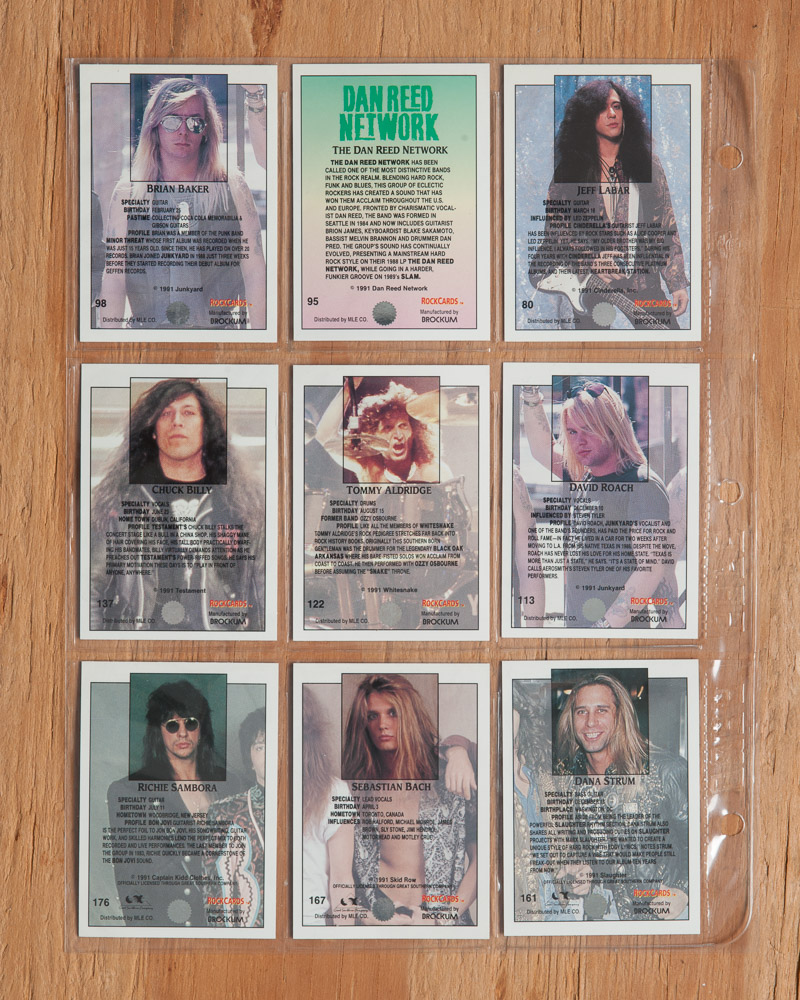 Where else are you going to learn Bryan Baker collects Coca-Cola memorabilia? Makes me wish they took it further and listed things like “Favorite Guitar Strings” or “Favorite Sunglasses to Wear Indoors” or a rating on a “Hair Fluffiness” scale. I think Jeff Labar is winning the ranking on that one. I like to think I would’ve placed respectably on that scale at one time, too. *sigh*

Thanks for the bittersweet memories, RockCards. I wonder if there are anymore time capsules hiding in my room…

Friday, July 3, 2015 stuffonpaper Permalink Leave a response Can we just talk about this for a minute?, Rockcards, trading cards